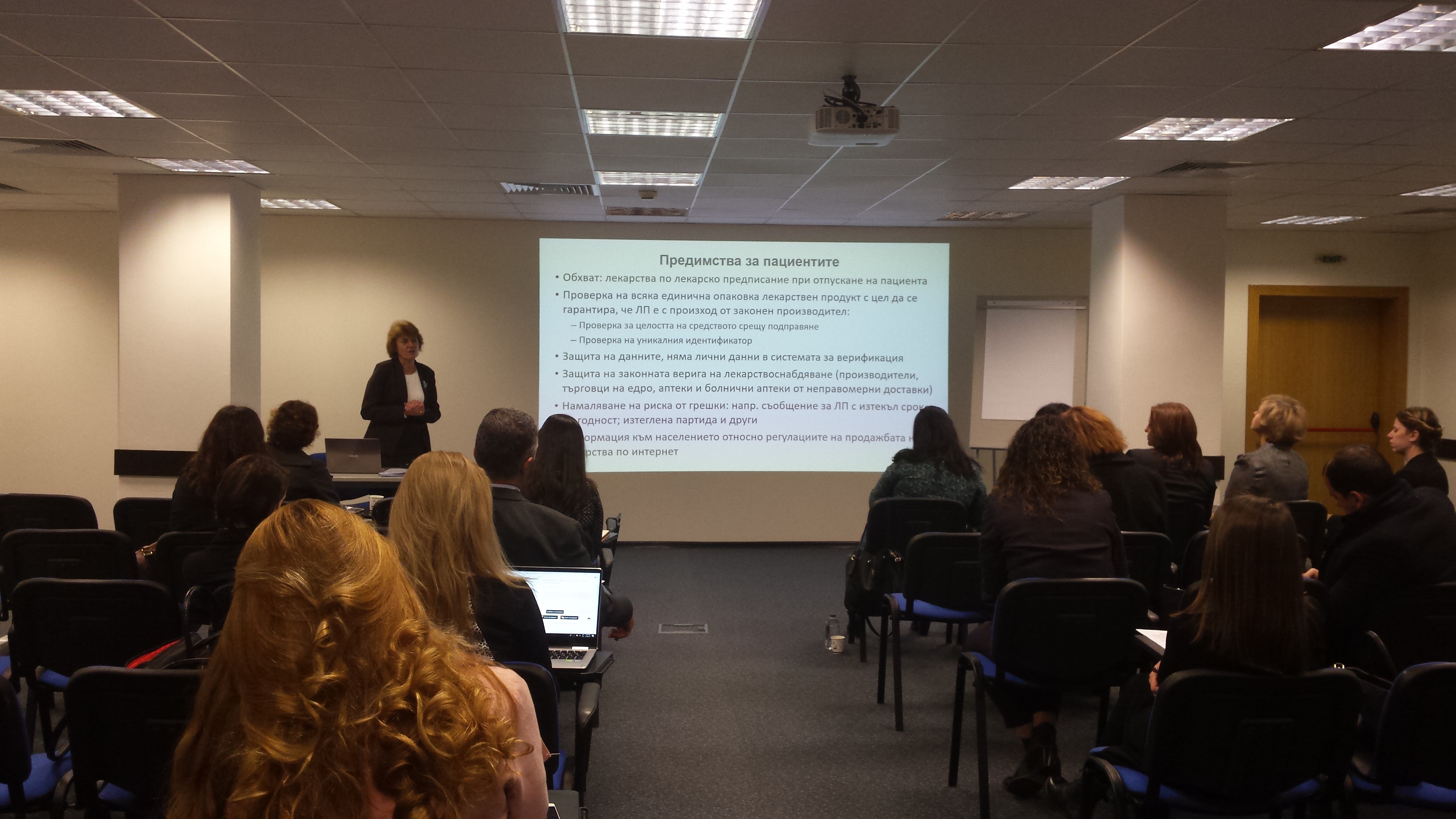 On 11th December 2017 a meeting of the Bulgarian Medicines Verification Organisation and the Bulgarian Drug Agency with patient organisations was held in Sofia. The meeting presented the actions taken in implementation of Directive 2011/62/EU of the European Parliament and of the Council of 8 June 2011 amending Directive 2001/83/EC on the Community code relating to medicinal products for human use, as regards the prevention of the entry into the legal supply chain of falsified medicinal products and Commission Delegated Regulation (EU) 2016/161 of 2 October 2015 supplementing Directive 2001/83/EC of the European Parliament and of the Council by laying down detailed rules for the safety features appearing on the packaging of medicinal products for human use.

Associate Prof. Assena Stoimenova, Executive Director of BDA, made a summary of the changes related to the implementation of the safety measures against falsified medicines and stressed the importance of their implementation in relation to patient safety.

Mrs. Illiana Paunova, Executive Director of BgMVO, presented Bulgaria’s progress in implementing the requirements of the Falsified Medicines Directive and the Regulation, and the benefits of the verification system for patients.

During the discussion, representatives of patient organisations proposed a broad information campaign for patients at the end of 2018 and expressed readiness to support the initiative.

The meeting was held in accordance with Article 118b of Directive 2011/62/EU.