News and events
All news /
“The National Medicines Verification System – Guarantee for Your Security”, conference organized by “Capital” newspaper 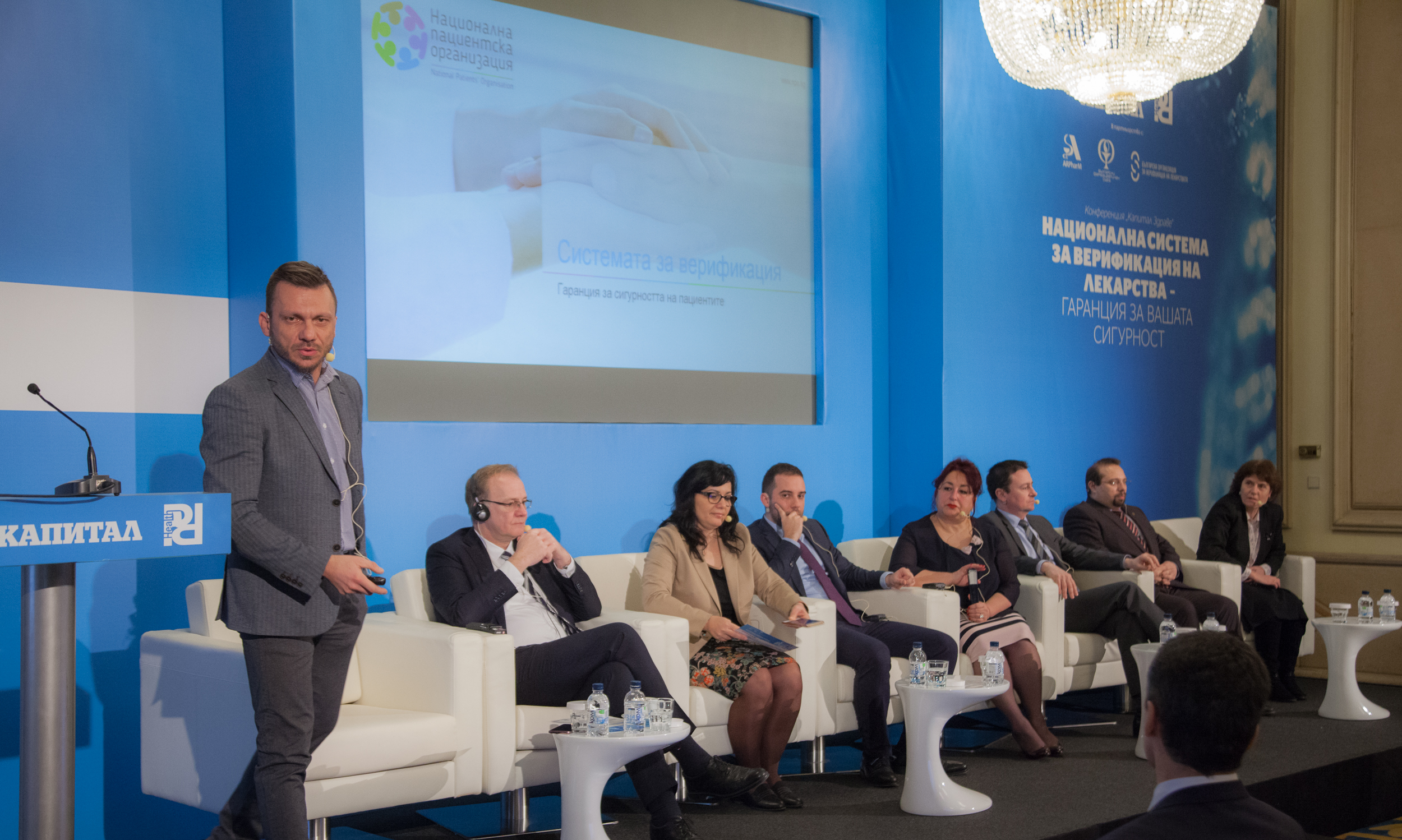 Mrs. Jennie Nacheva, Deputy Minister of health opened the conference. She underlined that Bulgarian institutions are working on the normative frame in connection with the execution of Directive 2011/62/EU and Delegated regulation (EU) 2016/161. With these regulations the medicines verification system becomes mandatory for all EU member states after February 9th, 2019. There will be no sanctions for the pharmacies until full implementation of the system, said Mrs. Nacheva.

Mr. Andreas Walter, General director of EMVO clarified some practical aspects about the implementation of this unified medicines verification system, of which the national systems are part. “We successfully developed and launched the European hub. We created a system allowing pharma manufacturers to comply with the EU directive and the Delegated regulation.” Mr. Walter underlined “For the year 2019 we aim a smooth transition towards the whole system functioning”. He acknowledged highly Bulgaria for the good work done on the system implementation.

Mrs. Iliana Paunova, executive director of BgMVO presented actual data about the inclusion of different members in the drug supply chain in the medicines verification system. “During 2019 there will be a smooth transition to serialized packages. All technical issues will be resolved and there will be no hurdles for medicines dispensing”, she said.

“The verification system is a legal obligation for all states in the EU, this is not a matter of choice. It’s time to take the road built for all of us”, stated Mr. Deyan Denev, chairman of BgMVO, executive director of ARPharM.

Master Pharmacist Bogdan Kirilov, Executive director of Bulgarian drug agency (BDA) spoke further about the medicines verification and the new regulations of pharmaceutical market in Bulgaria. He reassured the audience about institutions readiness to cooperate in matters connected with the verification.

Doctor Stanimir Hasardzhiev, chairman of National patients organization (NPO) expressed patients’ position. The patients support medicines verification process from the very creation of Directive 62, as it is in their favor. They wish the system to fully work as soon as possible.

In the conference took part representatives of all BgMVO organizations members, academic institutes, patients organizations, media.
With questions from the audience, subjects from pharmacists’ practice in Sofia and other cities have been discussed and clarified.